The Name | The Need | The Project | The Founders

“Nikanor” is a word from the New Testament Greek, which means “he who overcomes or is victorious.”

Our teaching and training are focused on the understanding and discernment, along with the tools and skills, we all need to overcome and to experience sustainable victory in our lives—and, in turn, to help others do the same.

But we can only do this through the love and the power of Jesus Christ, who lives in us, and who is the True Victor and Overcomer.

“Who will separate us from the love of Christ?  Will tribulation, or distress, or persecution, or famine, or nakedness, or peril, or sword?

“But in all these things we overwhelmingly conquer through Him who loved us.

“For I am convinced that neither death, nor life, nor angels, nor principalities, nor things present, nor things to come, nor powers, nor height, nor depth, nor any other created thing, will be able to separate us from the love of God, which is in Christ Jesus our Lord.”

Today, there is a staggering attrition rate among the Lord’s servants and missionaries who become the casualties of trauma, loss, rejection, and other forms of adversity.

At the same time, we are facing an alarming shortage of workers and leaders who are equipped to be instrumental in the full restoration of these casualties among us, as well as a shortage of those who can effectively reach the most wounded, lost, and trapped in our human family.

With this Need in mind, the Nikanor Project was birthed and developed with the following goals: 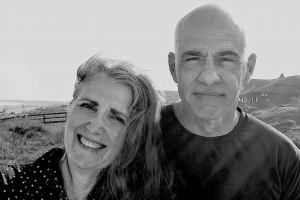 “That I may know Him and the power of His resurrection and the fellowship of His sufferings…” –Philippians 3:10

Cathy and Raúl (“Paul”) Rodriguez met in Bible College, where they both completed their degrees in theology and biblical studies.  They have been married since 1971, and have two daughters and four granddaughters.   Since 1986, they have been involved with missions.  And they are both actively engaged in intensive individual, marriage and family restoration, as well as in bringing Christ’s healing and liberation to those who are the victims of loss, trauma, sex-trafficking, or are suffering from the full spectrum of addictions.

Paul has been a physician since 1981; he is also a psychiatrist, international lecturer, teacher and trainer.  As a psychiatrist, he has over 28 years of experience with the treatment of victims of severe trauma, addictions, loss, sex trafficking and prostitution, as well as in the diagnosis and treatment of a broad spectrum of psychiatric disorders and personality disorders.

Cathy is a full alumnus and a skilled coach-trainer for the Nikanor Training Series.   For many years, Cathy and Paul have been actively engaged training and equipping, as well as in bringing Christ’s healing and liberation to those who are the victims of loss, trauma, sex-trafficking, genocide, or are suffering from the full spectrum of addictions

Since the launching of the Nikanor Project in 2012,  Paul and Cathy have taken its training and equipping program (formerly known as A.C.T.S.: “Advanced Counseling Training Series”) to the United Kingdom, Europe, Scandinavia, Latin America, Asia, Africa, and the U.S.A.